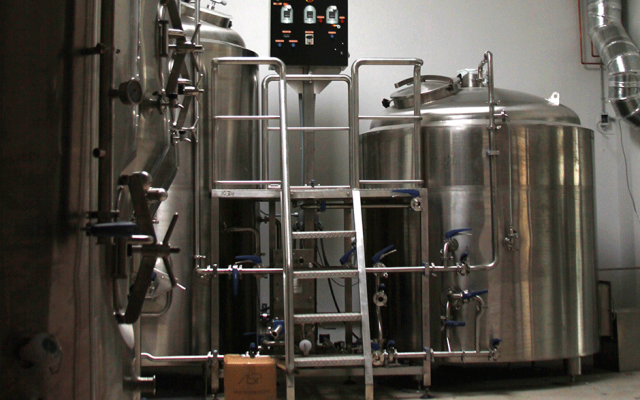 A reader posted an interesting comment about brewery occupancy classifications. After a bit more research it seems that other brewery owners have also had this issue.

Our local fire engineer considers the fermentation tank room an H-3 occupancy (due to quantities of Class 1C flammable liquids), which severely limits the allowable area and its area increase. F-2 would allow for greater starting area and area increase x 3 due to sprinklers. Any advice on how to argue the F-2 vs H-3 occupancy.

I have a few thoughts. Let’s take a closer look at the language of the code:

306.3 Factory Industrial F-2 Low-hazard Occupancy. Factory industrial uses that involve the fabrication or manufacturing of noncombustible materials which during finishing, packing or processing do not involve a significant fire hazard shall be classified as F-2 occupancies and shall include, but not be limited to, the following:

Reading 306.3 it clearly identifies “Beverages: up to and including 16-percent alcohol content” as noncombustible and further defines “beverages” which would include beer, as F-2.

307.5 High-hazard Group H-3. Buildings and structures containing materials that readily support combustion or that pose a physical hazard shall be classified as Group H-3. Such materials shall include, but not be limited to, the following:
Class I, II or IIIA flammable or combustible liquids that are used or stored in normally closed containers or systems pressurized at 15 pounds per square inch gauge (103.4 kPa) or less …”

Reading 307.5; If the Fire Marshal is referring to Ethanol which is a byproduct of the brewing process we should take a look at the definition for “Flammable Liquid” which in turn defines Class I liquids.

The Definition of Flammable Liquid states “…the total of which make up 99 percent or more of the total volume of the mixture …” It would be reasonable to assume that beer is not 99% or more flammable. Point out that Ethanol is a byproduct of beer and is in very small amounts compared to the rest of the mixture.

What are your thoughts about this toppic? Let us know in the comments below.

Neil Rubenstein joined Rubenstein Architects in 2004 as co-founder of this second-generation architectural firm. With an extensive background as a Senior Technical Director in Visual Effects working for industry leading studios as, Sony Imageworks, Warner Digital, my vision for the firm is to blend my past experience creating buildings that possess a subtle character and personality of their own.

This site uses Akismet to reduce spam. Learn how your comment data is processed.