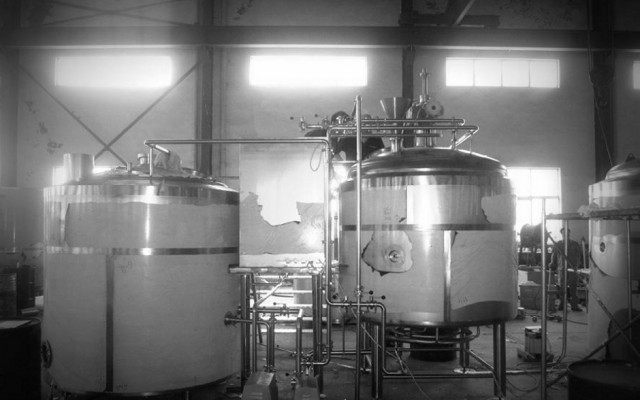 In this four part series, we have determined how to define room occupancy classifications and began to understand occupancy separations and their exceptions. In this post we’ll use what we have learned and begin to analyze a space which we were looking at for a brewery client of ours, and after completing our basic analysis, discovered that the building was just too small for his needs.

The building, located in El Segundo, California, is 3,000 square feet and non-sprinklered. This is a pretty typical size for a small craft brewery. The program for the brewery was for a brewing area with bottling line, Tasting Room, two Offices, a Laboratory, Storage, Bathrooms, Janitorial Room, and Boiler Room.

Based on our analysis. We clearly understood how to define our spaces and what was required to separate them. Ten percent of the building would be used as an ancillary space to the main F-2 occupancy. That ten percent, 300 square feet or 12’ x 25’ would be used as our Tasting room, while the Offices, Laboratory, and Bathrooms would be separated from the F-2 occupancy with a one hour barrier.

We also understood that the components that make up the Tasting Room consisted of a Bar and Bar-back Which means, of the 300 square feet, maybe an area of 60 square feet would be used for non-occupiable floor space.

If we look at Section 1004.1, Table 1004.1.1 Maximum Floor Area Allowances per Occupant we can see that for an Assembly space without fixed seating (un-concentrated tables and chairs) an occupant load of 15 net is given. The key to understanding this, is “net” means you must deduct any square footage for fixed items, i.e., Bar, Bar-back, shelving, etc. For our example 300 square feet minus 60 square feet would yield an occupiable space of 230 square feet. 230 square feet divided by 15 net, the occupant load would calculate to 15 occupants.

We knew, from our clients, that Tasting Rooms generate a great deal of revenue, but not if the occupant load was only 15 maximum occupants at a single time. According to Section 1004.2 Increased Occupant Load, you can increase the occupant load to 7 occupants per square feet provided you meet all the requirements for the increased calculated load. That number then would be 230 square feet divided by 7 net, giving a total maximum occupant load of 32. For our client, in the end, this was just not enough.

When increasing occupant loads there are numerous other codes to consider, including fire life safety issues as well as plumbing requirements, which we will talk about in our next post.

What do you think about this guide? Let us know in the comments below.

A Step by Step Guide to Maximizing your Brewery Tasting Room Occupancy – Part 1 of 4
How to define room occupancy classifications.

A Step by Step Guide to Maximizing your Brewery Tasting Room Occupancy – Part 2 of 4
Mixed Use and Occupancy; How to understand occupancy separations.

A Step by Step Guide to Maximizing your Brewery Tasting Room Occupancy – Part 3 of 4
Determining your maximum occupant load.

A Step by Step Guide to Maximizing your Brewery Tasting Room Occupancy – Part 4 of 4
How to determine Bathroom Fixture Counts.

Neil Rubenstein joined Rubenstein Architects in 2004 as co-founder of this second-generation architectural firm. With an extensive background as a Senior Technical Director in Visual Effects working for industry leading studios as, Sony Imageworks, Warner Digital, my vision for the firm is to blend my past experience creating buildings that possess a subtle character and personality of their own.

This site uses Akismet to reduce spam. Learn how your comment data is processed.